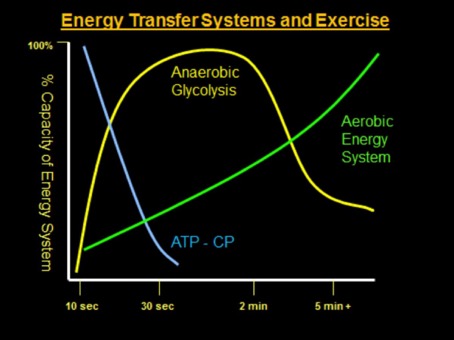 Our body is our “start” which, and to perform any kind of activity, that is to start our body, muscle activation is needed. Muscles require certain energy to perform any kind of physical activity, especially when talking about intense physical activity or training. What are the processes in our body responsible for generating energy, when are they activated and how is energy generated will be explained in the following paragraphs.

Degradation of nutrients releases energy, but that energy can not be directly used for muscle work. The muscle contains ATP (adenosine triphosphate), a rich energy molecule, which is the basic and only source of energy that consists of oxygen, nitrogen, carbon, hydrogen and phosphorus atoms. ATP breaks down to ADP (adenosine diphosphate) and inorganic phosphorus to release the energy needed for muscle work. 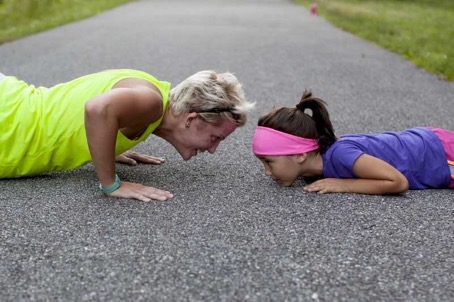 The amount of ATP in the cells is enough for a few seconds (1-2 seconds) of maximum work. To keep the muscle contraction constant during the training cells must produce ATP at the same rate as it is consumed. Because only a limited amount of ATP is stored in cells, ATP is resynthesized by other energy sources (aerobic and anaerobic) to compensate for the ATP used (e.g. during training).

The anaerobic system does not use oxygen to reset ATP and muscle work, so we talk about a system for the release of energy without the presence of oxygen.

We divided it in two groups – a phosphagen and a glycolytic anaerobic system.

The simplicity of this process enables fast creation of ATP in the cells needed for muscle work, but it can not last long enough. This energy pathway is made up of ATP and creatine phosphate (CP). With the help of the enzyme creatine kinase analysis of creatine phosphate occurs and the newborn phosphate group is added to ADP for the synthesis of ATP. The amount of creatine phosphate in the muscles is several times higher than the amount of ATP, which allows maximal muscle activity for 5-10 seconds. At maximum loads, the creatine phosphate resynthesis is done during the recovery in aerobic conditions. After maximal activity of up to 10 seconds, it takes 30 to 60 seconds for complete recovery. Thus, the phosphagen anaerobic system is the primary source of ATP during short, intense activities such as ball throwing, high jump, sprint at 60m, etc. The anaerobic glycolytic energy source enables us to perform highly intensive activities such as running at 100 and 400 meters, swimming at 50 and 100 meters, and other high intensity activities for up to 90 seconds. Anaerobic glycolysis results in partial degradation of glucose and glycogen to synthesize ATP. Glycogen and glucose break down to lactic acid, namely lactates (salt of lactic acid) whose accumulating in the muscles leads to a pH decrease (acidity increase). At high intensity, the rate of anaerobic glycolysis is followed by the same rate of lactate buildup in the active muscle, therefore measuring the lactate concentration in the blood may indicate which metabolic path (energy source) is predominantly involved. If the blood lactate concentration is high, work it is dominated by anaerobic glycolysis and if the blood lactate concentration is low aerobic energy system is the primary source of ATP or energy generation. Thus, lactate is a byproduct of an anaerobic glycolytic system. Is there any lactate in the blood when we are not training? The answer is YES. At rest, the level of lactate in the blood is not zero, but is usually between 0.5 – 0.7 mmol / L.

During recovery, most of the lactate is degraded to carbon dioxide and oxygen in the Krebs cycle and the electrolyte transport chain, better known as a respiratory chain. One part of lactate is converted to glycogen, while an unknown portion is excreted by sweat and urine. What determines the rate of degradation of lactate is the oxidative muscle ability (number of mitochondria, perfusion and capillary density in the muscles, oxidative enzymes, etc.). Can we improve the ability to convert lactate? Of course, the body can adapt and improve the capacity of an anaerobic glycolytic system.

Interestingly, the capacity of the anaerobic glycolytic system is also linked to the features of the aerobic oxidative system, which is of practical importance to sports because of the need to combine anaerobic and aerobic energy sources in training. 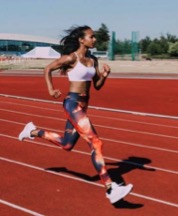 During long-term or low-intensity activity regardless of its duration, the body relies mostly on the oxidative energy system i.e. aerobic energy source. Energy is obtained by oxidation of carbohydrates and fats, and proteins (proteins). The aerobic energy system requires the presence of oxygen for ATP production, which takes up place in mitochondria cells. That is why mitochondria is called the “powerhouse of the cell” where most ATPs are produced.

Carbohydrates (more precisely glycogen) in the muscles and liver are sufficient for 60 to 90 minutes of maximum aerobic activity, so during these types of activities it is desirable to consume carbohydrates to compensate for the depleted supplies and postpone fatigue.

Unlike carbohydrates, fat stores in the body are almost unlimited, and can store more energy than carbohydrates (9 kcal = 1g fat, 4 kcal = 1g carbohydrate). However, creating the same amount of energy from fats requires spending 15% more oxygen, or at the same oxygen consumption, gives about 15% less energy than carbohydrates. By increasing intensity, the fat consumption increases until it peaks approximately 60-70% VO2max (maximum oxygen consumptio). This intensity is suitable for reducing body weight (subcutaneous fat tissue). Further intensity increase reduces fat consumption and at the intensity over 85% VO2max content of energy derived from fat will be negligible.

Proteins have an insignificant role as a source of ATP at rest and during physical activity. Degradation of proteins can become a significant source of energy for muscle work in the absence of carbohydrates (ultra-endurance sports and extreme hunger).

Compared to the anaerobic energy source, the aerobic energy system is considerably more economical, though energy production is slower. The aerobic system is the primary source of ATP during low to medium intensity activities of longer duration, i.e. activities that last longer than 100 seconds.

ATP is the direct source of energy sufficient for just 1-2 seconds of muscular work. It is followed by activation of creatine-phosphate system (anaerobic phosphate system), which is our primary energy source in maximal exercise lasting up to 10 seconds. When the capacity for the generation of ATP in the phosphate system is spent, the anaerobic glycolytic energy system is involved in activities for up to 90 seconds, after which the primary energy source becomes aerobic (oxidative) system. (Figure 1.)

Figure 1. The inclusion of energy systems in relation to the duration and intensity of exercise/physical activity. 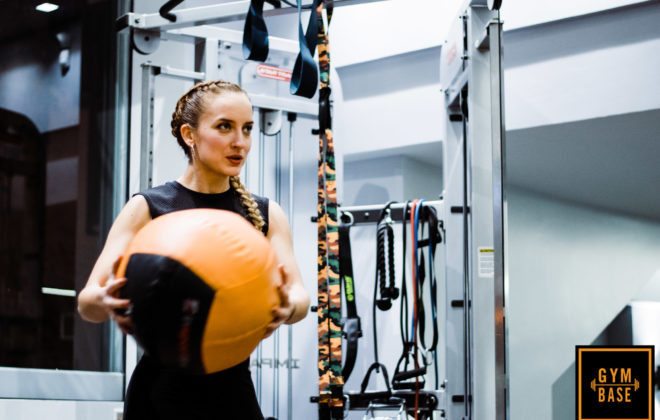 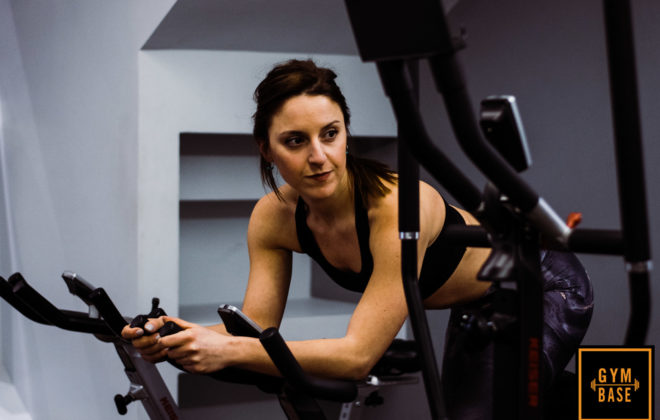