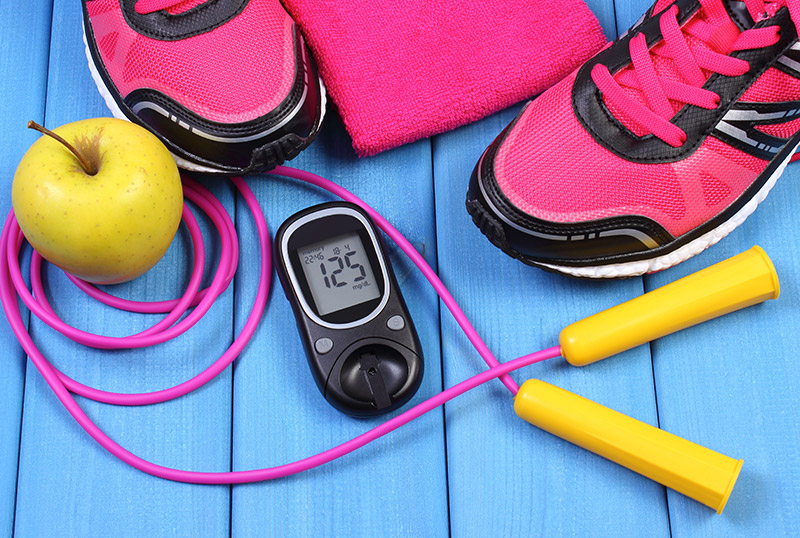 Exercising has a positive impact on diabetes as a disease and on many of its risk factors: the metabolism of sugar and fat in tissues, hypertension, blood coagulation factors, weight management and mood. Exercising also decreases chronic inflammation – a common condition in diabetics, especially those with arterial obstructive diseases.

Exercise recommendations for diabetics
Exercise recommendations for diabetics are the same as general recommendations to enhance physical activity. Having diabetes should not restrict exercise if the client is otherwise healthy. However, the disease, its treatment and possible secondary diseases should be taken into account when planning exercise. Almost all forms of exercise are suitable for diabetics. Only disciplines in which a sudden alteration in consciousness may be dangerous, such as deep-sea diving, parachuting and motor sports, should be avoided. American health authorities recommend muscle strength training three times per week for diabetics, which is more frequently than the recommendation from the Finnish health authorities. It is also recommended that diabetics stretch regularly as the excess sugar impacts tendon and joint functions in the long run.

Research shows that combined training changes the glycohaemoglobin (HbA1c) level more efficiently than aerobic exercise or weight training alone. Both endurance training and muscle strength training lower the HbA1c value. Exercising has approximately the same impact on the level of HbA1c as blood sugar medication.
Exercise that increases muscle strength and muscle mass is good for diabetics. Muscle mass is one of the most important factors affecting insulin sensitivity, as muscle growth improves this sensitivity. In order to gain muscle, the exercise undertaken must be of some intensity. Light exercise improves functional capacity and mobility, but does not increase muscle mass. Thus it is recommended that diabetics concentrate on building muscles. Insulin sensitivity can be improved with aerobic endurance training, too.

Beware of hypoglycaemia
A diabetic’s response to exercise is different to that of a normal person. A healthy person’s insulin secretion is automatically regulated. The secretion of insulin reduces considerably during longer exercise sessions but the effect of injected insulin continues despite the exercise. The effect of insulin increases as it is absorbed around the injection site, and will be effective throughout the exercise session and for some hours after it. This poses a risk of hypoglycaemia (too low blood sugar). Insulin sensitivity improves during physical activity, increasing the effect of insulin, improving the use of carbohydrates (glucose) as a source of energy and inhibiting the use of fats. These factors lower the blood sugar even more efficiently. If a healthy person is close to hypoglycaemia, their liver produces glucose to compensate, but the high concentration of insulin in a diabetic’s blood inhibits glucose production.
The boosting effect exercising can have on insulin levels can last 24 hours and as much as 48 hours. The risk of hypoglycaemia is not simply present during the exercise session but remains during the following night or even the next morning.

Coaching
Diabetes rarely restricts the ability to undertake reasonable amounts of exercise, and certainly this is truer now than it used to be. However, changes in the organs caused by diabetes may have an effect on exercising.
Coaching should include a discussion of the effect of exercise on diabetes and its risks. When a diabetic has sufficient information, they can decide on their own care. The design and implementation of the training programme should ensure that the exercise improves the client’s disease management efficiently and safely.
If your client has been sedentary for several years or is significantly increasing the amount of exercise undertaken, he or she should consult his or her doctor before embarking on the exercise programme. A doctor can provide information on possible increases in insulin dosage and ensure that it is safe for them to exercise by checking their coronary and nervous systems, as well as the blood circulation in their feet.

The effects of exercise on glucose metabolism in type 1 diabetics are somewhat similar to those in healthy subjects. The difference is that the effect of the insulin injected with type 1 diabetes continues regardless of exercise, while healthy pancreatic insulin secretion decreases during a long period of exercise. Insulin sensitivity improves and muscle glucose usage increases in type 1 diabetics because high insulin levels prevent the use of fats and favour the use of glucose for energy. In patients with type 1 diabetes, high levels of insulin in the blood prevent hepatic glucose production, resulting in a further reduction in blood sugar levels and hypoglycaemia (low blood sugar). Therefore, the amount, intensity and duration of exercise should be taken into account when dosing at a meal times or with quick-acting insulin. Falls in blood sugar levels can be prevented by eating carbohydrate-rich foods before, and if necessary during, exercise, or by reducing the insulin dosage beforehand.

Exercise and lack of insulin
Exercising with an almost complete insulin deficiency may cause an increase in blood sugar levels. Where there is an insulin deficiency, the insulin cannot suppress the hepatic sugar production nor can it accelerate the use of sugar in the muscles. This results in excessive hepatic sugar production and impaired glucose utilization. Thus the body uses fats as a source of energy and, as a result, the production of ketone bodies increases. Generally, exercise lowers the blood sugar level, but very effective and intense exercise (e.g. interval training, high-level performances, martial arts, ball sports, intense fitness training and competing) may lead to increased blood glucose during exercise, with it only falling after the exercise session has finished.
This is because the secretion of insulin-antagonistic hormones triggers the formation of glucose in the liver and increases the blood sugar.

Team and ball games, and spontaneous exercise of varying degrees of intensity usually lower blood glucose levels less than medium-intense continuous exercise. Rapid anaerobic training can increase the secretion of adrenaline and glucagon and increase blood sugar levels. A rise in blood glucose is usually temporary (30-60 minutes) and may result in hypoglycaemia following the end of exercise. Aerobic exercise, in turn, often lowers blood sugar within 20-60 minutes of the beginning of exercise and this continues after the exercise session has ended.

Low blood sugar – hypoglycaemia
When blood glucose is eliminated from the blood more rapidly than food can provide or the liver has in store, hypoglycaemia occurs. Hypoglycaemia, or low blood sugar, causes symptoms when it drops to around 3.3–2.7 mmol/l. The symptoms of hypoglycaemia are individual to each diabetic. Symptoms may change, for example, due to recurrent hypoglycaemias or may always present at very low blood sugar levels or due to neuropathy. Symptoms and the ability to identify them can change over the years. The blood sugar level at which the symptoms occur also varies from person to person. Symptoms of low blood sugar are the result of bodily reactions. Autonomic symptoms of adrenaline secretion include tremors, nervousness, palpitations, sweating, paleness, restlessness, vomiting, feeling hot and shaking. Local symptoms of nerve cell sugar deficiency include blurred vision and speech, ringing in the ears, tingling of the lips, numbness on the inside of the thighs and hemiplegia. Common symptoms of a lack of sugar in the brain and nervous system are difficulty in thinking or counting, confusion, poor coordination, difficulty in concentrating, fatigue, hunger, weakness, dizziness, feeling lightheaded, drowsiness, irritability, nightmares, unusual or contradictory behaviour, drowsiness or unconsciousness.

Blood sugar can fall too low for a single reason, but there are often several contributing factors. These include incorrect estimation of carbohydrates, exercise and/or insulin, and the effects of alcohol on blood sugar.
About 10 g–20 g of rapidly absorbed carbohydrates are needed to resolve low blood sugar, with examples including eight glucose tablets, two teaspoons of honey, eight lumps of sugar, one glass of juice or milk, one medium-sized banana or two apples. A blood glucose level that is too low may lead to insulin shock, i.e. loss of consciousness.

The fear of hypoglycaemia is the most important factor restricting or preventing diabetics from exercising. A ‘hypo’ is an unpleasant and frightening experience for many diabetics and therefore their interest in exercise can quickly fade away.
Hypoglycaemia causes cognitive impairment (e.g. in reaction capability, attention and memory), and impaired concentration, balance and coordination. The effectiveness of training decreases and the risk of injury increases with low blood sugar levels.

High blood sugar – hyperglycaemia
With high blood sugar levels, or hyperglycaemia, blood sugar levels are usually above 15 mmol/l and there are plenty of acids, i.e. ketone bodies, in the urine. Symptoms of hyperglycaemia include fatigue, thirst, a dry mouth, increased urination, reduced consciousness, loss of reaction ability, a reddish face, abdominal pain and the smell of acetone on the breath. A lack of insulin causes the accumulation of acids in the blood and disrupts the blood-acid base balance, resulting in too much sugar in the blood, dehydration and an imbalance in salts. Acid poisoning, or ketoacidosis, is always a life-threatening medical emergency. Ketoacidosis is caused by the accumulation of acidic ketone bodies in the blood due to the incomplete combustion of fatty acids released from adipose tissue. Symptoms of ketoacidosis include abdominal pain, nausea, vomiting and a sweet (acetone) odour on the breath. 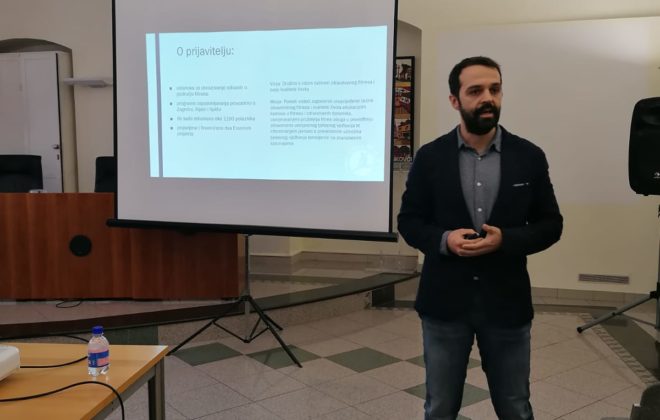